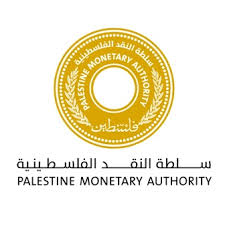 RAMALLAH, September 4, 2014 – (WAFA) – The Palestine Monetary Authority has published a circular to all banks operating in Palestine, asking them to defer payments by borrowers from banks in the Gaza Strip, said the PMA in a press release.

The circular is the first of its kind and was adopted to ease the burden on residents of Gaza, who have been the target of brutal and extensive Israeli attacks, and to establish the principle of social responsibility of the PMA and the banking sector.

The PMA stated that this instruction is a result of an understanding concluded recently during a meeting held at the Association of Banks in Palestine with credit managers from banks in Gaza. The meeting was held to achieve consensus on the key principles for the deferral of payments in light of the onerous conditions faced by the public.

In accordance with the outcome of this meeting, the circular requested that bank administrations defer the payments on loans due or potentially due (by individuals, foundations, companies) since the beginning of the Israeli attack in July 2014 up to the end of the year, provided that the deferral is based on an application filed by the borrower and with their written consent. If consent has not been obtained, this should not prevent approval of the borrower’s application, and no additional interest will be charged on the deferred payment. These instructions do not apply to clients who were insolvent prior to the Israeli attack.

The PMA clarified that it will give positive consideration to exemptions to loan payments deferred according to the provisions above, as well as to exemptions to the 10% advance payment necessary to conclude scheduling procedures for deferred payments, as stated in the conditions of the circular.