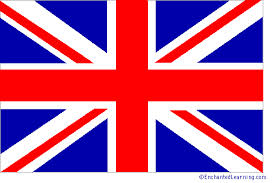 “The British Consulate-General in Jerusalem assisted three families yesterday to safely leave the Gaza Strip. Arriving at Erez crossing early on Thursday morning, a team from the British Consulate General assisted eleven British Nationals, their dependents and five New Zealanders to leave Gaza,” said the FCO in the press release.

“Our FCO staff helped to ensure a safe, effective departure via the Erez crossing and were impressed by the strength and resilience these families and many others had shown during the last month of conflict. They gave a compelling account of the tragic humanitarian situation in Gaza,” added the FCO.

The FCO noted that the UK has provided more than £17m in emergency assistance to help tens of thousands of Palestinians affected and that it would “continue to work with international partners to secure a long term end to the violence and provide a platform for resolving the underlying causes of the Israeli-Palestinian conflict.”

Acting Consul-General Ben Saoul, who met the Gazan families on arrival at Erez, said: “I am relieved that we have been able to help this contingent of British nationals to leave Gaza. The scale of their loss and suffering is matched only by their remarkable resilience.”

Saoul expressed his gratefulness to all those involved in facilitating the British nationals departure, and added: “Now we need a lasting ceasefire which allows for real change in Gaza, so that ordinary people can begin the process of re-building their lives.”

The FCO noted that this was the third assisted departure since the start of the latest round of conflict. The British Government has now helped a total of 51 people to leave the area including nationals from New Zealand and St Kitts and Nevis.

The FCO included the press release an advice against all travel to Gaza and urged British nationals currently in Gaza requiring advice to contact the British Consulate-General in Jerusalem.