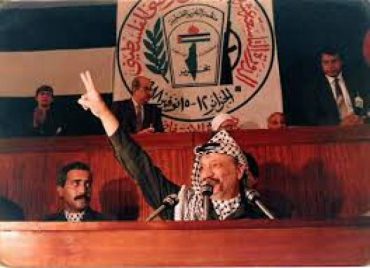 RAMALLAH, November 15, 2016 (WAFA) – Secretary General of the Palestine Liberation Organization (PLO), Saed Erekat, said on Tuesday the international community has failed in its responsibility for correcting the historical and continuing injustice of the Israeli occupation of Palestine.

On the 28th occasion of the declaration of independence of the State of Palestine, Erekat said the failure of the international community to achieve justice is reflected by its attempts to equalize the responsibilities of the occupier and the occupied.

He said these failings “have only fueled the Israeli culture of impunity and hatred, including its daily aggressions against our people.”

“This historic moment also marked the painful concession of recognizing Israel over 78% of historic Palestine. Israel met our historic compromise with more oppression and dispossession,” he remarked.

Erekat said the number of settlers today exceeds 650,000 as opposed to 180,000 28 years ago. “Our heroic people though, both in exile and in the homeland, have remained steadfast in the path towards freedom and independence.”

The PLO top official also said, “Our vision of peace is based in the Arab Peace Initiative: Two sovereign states on the 1967 border, with East Jerusalem as the capital of Palestine and a just solution to the refugee issue based on UNGA Resolution 194, in exchange for full normalization of relations between the rest of our region and the State of Israel.”

“In contrast, Israel has only offer plans for settlement expansion, regional tensions and further discrimination, racism and hatred. The occupation of our country has brought an enormous cost to our nation, including the ongoing theft of our natural resources and systematic violations of our human and national rights.”

Erekat called once again upon the international community to end all relations with Israel’s settlement enterprise, including by banning all settlement products, divesting from companies profiting directly or indirectly from the Israeli occupation, and sanction the denial of our inalienable right to self-determination.