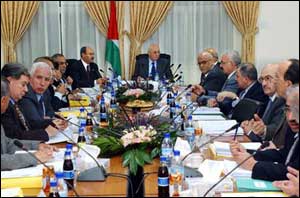 RAMALLAH, September 15, 2014 (WAFA) – Ministry of Foreign Affairs called, in a statement Monday, upon the human rights organizations to prosecute the Israeli war criminals, to bring them to justice, and to list them as wanted terrorists.

The MOFA denounced Israeli PM Benjamin Netanyahu’s claims, that the Israeli military is the ‘most moral army worldwide,’ citing the Israeli war crimes against the Palestinian people since 1967.

In the meantime, the ministry condemned “all forms of terrorism,” whether intellectual, cultural or physical or terrorism carried out by a country, a gang or a state.

“This terror, which is particularly concentrated in Iraq and Syria in particular, affects the whole region and the world and currently exists under different titles, such as the Islamic State in Iraq and Syria, Nusra Front and others,” the MOFA said.

“Terrorism has other forms, such as occupation, settlement and the practices of the extremist settlers’ gangs, such as those who burned Mohammad Abu Khdeir. This is part and parcel of organized terrorism that organizations and gangs perform.”

The ministry expressed hopes that Paris anti-terror meeting would be a success and would prompt all countries to handle terror in all its forms, on top of which occupation and settlement construction.

“We hope that the international community, which has established a coalition and utilized all their financial, military and logistic potential to combat the ISIS, a phenomenon of terror, to consider other phenomena of terror and to deal with them seriously.”