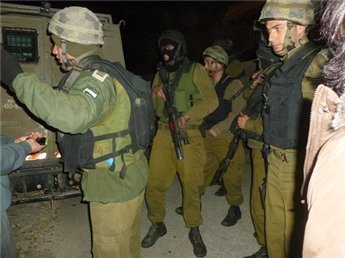 BETHLEHEM, September 1, 2014 (WAFA) – At least four Palestinians were shot and injured with live bullets on Monday after Israeli army stormed Dheisheh refugee camp, south of Bethlehem, according to security sources.

The sources said an Israeli army unit broke through the camp in the dawn hours, provoking confrontations with local residents, where soldiers fired live and rubber-coated bullets, stun grenades and tear gas canisters.

At least four youths were shot in the foot and were transferred to hospital for medical treatment, whereas a 20-year-old was arrested after soldiers raided and searched his house, added the sources.