PPC, in a statement, said that 17 prisoners have had their administrative detention renewed for the second and third time, while the remaining five received new orders.

Until the moment there are about 500 administrative detention detainees, 18 of whom are members of the legislative council.

Four detainees had been in administrative detention continuously for over two years.

On December 21, similar orders were issued to 33 prisoners, of whom 20 inmates had their administrative detention renewed for the second and third time.

Following are the names of the 22 detainees who received administrative detention orders: 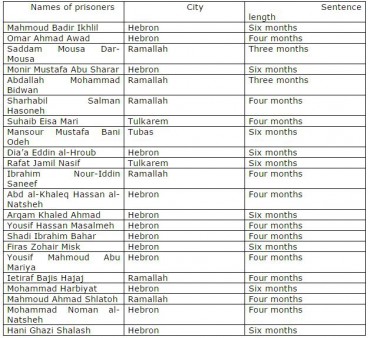