The remaining two received new detention orders without charge or trial. The period of the detention varied between two to six months.

Palestinian prisoners in Israeli jails announced Sunday their intentions to embark on a hunger strike on the 10th of March to protest the prison administrations’ violations of their rights and to get them to respond to their demands, including ending the administrative detention against them.

Following are the names of the 26 detainees who received administrative detention orders: 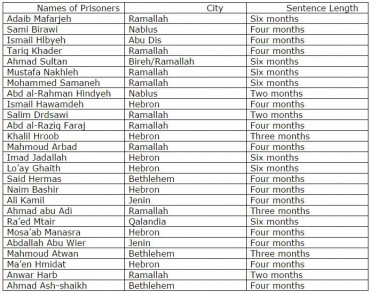