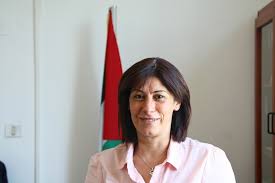 RAMALLAH, August 20, 2014 (WAFA) – The Israeli authorities handed on Wednesday a military order to member of the Popular Front for the Liberation of Palestine and the Palestinian Legislative Council, Khalida Jarrar, ordering her to deport from Ramallah to Jericho for an unspecified period, according to local sources.

Israeli army raided the home of Jarrar in the predawn hours and handed her a military court order giving her 24 hours to deport to Jericho. According to the sources, Jarrar refused to sign the order and an Israeli soldier read it out loud to her.

Jarrar notified them that she will discuss the matter with her lawyer today.