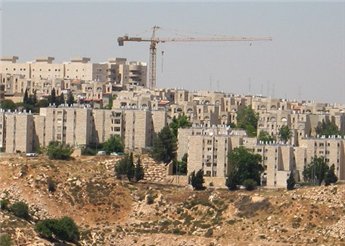 TOKYO, October 7, 2014 (WAFA) – The government of Japan, in a statement Tuesday, expressed grave sorrow over the Israeli government’s approval of a plan to build 2600 new housing units in East Jerusalem settlements.

A statement issued by the Press Secretary, Ministry of Foreign Affairs of Japan, said that, “this Israeli announcement clearly contradicts with efforts currently exerted by the international community toward the ceasefire agreement reached between Gaza and Israel and toward achieving the two-state solution.”

“The Japanese government strongly calls on Israel to refrain from taking any unilateral actions that could change the current situation in East Jerusalem as well as in the West Bank.”

Japan called on Israel to reverse its decision in order to take the peace process forward.

It called on both sides to work to enhance the mutual trust and to proceed with efforts exerted to achieve a peace deal.