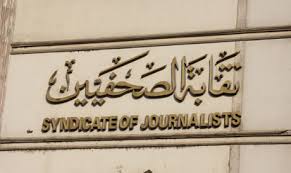 A group of journalists survived what would have been a certain death as Israeli airstrikes targeted the headquarters of journalists and reporters working for Al-Jazeera, Associated Press and Doha Center for Freedom of Press, located on the upper floor of al-Jala Building in Gaza City.

Al Jazeera reported Al-Jazeera reporter Stefanie Dekker as saying that: “Two very precise shots were fired straight into our building,” causing panic among the civilians living in the same building but no casualties were reported in the incident on Tuesday morning.

The Gaza city building, known as Al-Jalaa, houses many apartments in addition to the Associated Press bureau and Doha Center for Media Freedom.

The Syndicate called upon all human rights organizations, particularly the UN, to exert pressure over Israel to open passages and areas of security for journalists in Gaza Strip. It urged all journalists and media staff to exercise the greatest caution and vigilance during movement and live coverage.