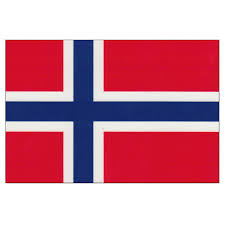 OSLO/CAIRO, August 18, 2014 – (WAFA) – Norway announced Monday that international donors would convene in Cairo to finance the rebuilding of Gaza Strip as soon as a permanent ceasefire agreement is reached between Israel and the Palestinians.

The Egyptian and Norwegian governments decided with the support of President Mahmoud Abbas to convene an international donor conference in Cairo that focuses on rebuilding the war-torn strip.

The Egyptian Foreign Ministry stated in a statement that hosting this conference falls within the framework of supporting the Palestinian issue and that the invitations would be sent to international donors as soon as a permanent ceasefire agreement is hammered out between the Palestinian and Israeli sides as a result of the ongoing Cairo-based indirect talks.

Norwegian Foreign Minister Borge Brende was quoted by AFP as stating that the funds to be raised under the aegis of both Egypt and Norway would be transferred to President Mahmoud Abbas, ruling out transferring the funds and placing them at the disposal of Hamas.

“We cannot expect the international community to finance reconstruction once again without prior conditions”, Brende said.

Brende’s called in particular for Israel to lift the blockade imposed on the strip, stating: “keeping people hemmed in and on the brink of famine will not guarantee the security of Gaza’s neighbors.”

Norway, which chairs the International Coordination Committee for Aid to the Palestinians, stated that this is the third time in recent several years that international donors are called to finance Gaza reconstruction in the course of several years.

The announcement of the conference came as Palestinian and Israeli negotiators resumed their Cairo-based indirect talks to hammer out a lasting ceasefire agreement and several hours before the five-day truce is set to expire.