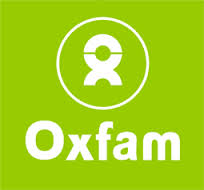 Oxfam said that the all states must immediately suspend transfers of arms or ammunition to Israel given the serious risk that they could be used to violate international humanitarian law.

The organization said the widespread killing of civilians and destruction of civilian infrastructure over the past six weeks was the worst it has seen in 20 years of working in Gaza. Hundreds of civilians in Gaza – including children – have been killed so far, and it is estimated that billions of dollars of damage has been caused by bombing of vital water, sanitation, health services and homes in Gaza.

The latest escalation is the sixth time in the past six weeks that a temporary ceasefire has ended without a lasting resolution, and has led to more civilian casualties in Gaza in the past 24 hours.

Head of Oxfam in the Occupied Palestinian Territory and Israel Nishant Pandey said: ‘Now more than ever, the international community should exert maximum diplomatic pressure, including suspending arms and ammunitions transfers, to show that the world will not tolerate the violence and civilian suffering for a moment longer.’

“This humanitarian crisis is being fuelled by weapons. Suspending arms and ammunition transfers is vital to ensure no more civilians are harmed. This conflict cannot be resolved militarily. Civilians on both sides deserve an enduring ceasefire and a credible, inclusive peace process,” Pandey added.