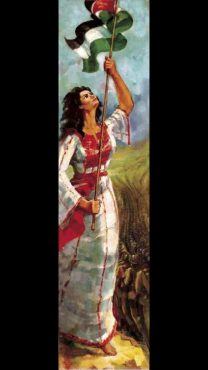 “On the occasion of International Women’s Day, we honor all women, in particular, Palestinian women for their steadfastness and significant role in the national struggle for self-determination, freedom and dignity in spite of the challenges and difficulties they face; these are the focal principles that govern the struggle of women for their own rights within Palestinian society and beyond.

The Palestinian woman is a basic partner in nation-building and in weaving a just social fabric in Palestine. She is also an authentic partner in safeguarding pluralism, democracy, social justice, and equality in compliance with the Palestinian Declaration of Independence that calls for “equal rights, free of ethnic, religious, racial or sexual discrimination.”

In this context, Dr. Ashrawi singled out the importance of legislating laws and legal systems that do justice to women and contribute to the protection of their rights and the consolidation of a system of oversight and accountability:

“We have to ensure that our Palestinians laws are all consistent with our obligations as per international treaties and conventions, including in the UN Convention of the Elimination of All Forms of Discrimination Against Women (CEDAW) and UN Security Council Resolution 1325 on Women, Peace and Security (2000). It is incumbent upon the Palestinian leadership to ensure the implementation of these laws in all different spheres, to hold to account all those who violate them and to stand up to the abuse of religion and traditions to justify injustice against women or any attempt to marginalise or deprive them of their right to self-determination.”

In that view, Dr. Ashrawi affirmed the importance of establishing and implementing a national plan which focuses on the empowerment of women, ending violence against them and the formation of advocacy groups and organisations to support women in the political and economic spheres. She also called for the revitalization of the political system to support equal participation in decision-making at all levels and to include more women in the local and national government.

In addition, Dr. Ashrawi stressed, “Palestinian women continue to suffer severe psychological, physical and emotional abuse and endure grave acts of oppression, violence and hardship at the hands of Israel and its unbridled violations.  Since Israel began its illegal occupation of the West Bank (including East Jerusalem) and Gaza in 1967, Israel has detained about 15,000 Palestinian women, and currently, 56 Palestinian women, 16 of whom are under the age of 18, are imprisoned in Israeli jails.

It is time for the international community to undertake its legal and moral responsibilities and safeguard the fundamental human rights and freedoms of the Palestinian people, including peace and security for women,” concluded Dr. Ashrawi.