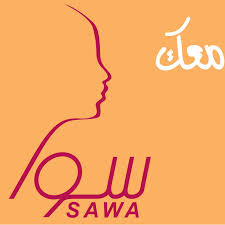 RAMALLAH, July 28, 2014 – (WAFA) – SAWA, a Palestinian non-governmental institution working for women’s and children’s rights, in a press release Monday, warned about the implications of the Israeli military aggression on Gaza children.

SAWA said that the number of victims of the Israeli attacks on the Gaza Strip is now over 1050, and more than 6000 have been injured, mostly women and children.

Describing Gaza environment in the wake of the military aggression, SAWA added: “It has become one of mingled deprivation, poverty, feelings of helplessness, despair, loss and pain. These emotions have led to an increase in violence, and a sense of marginalization expected to have catastrophic effects on the psychological health of future generations.”

SAWA explained the traumatic experiences Gaza children have gone through. It said: “Gazan children have lived through many traumatic events which will greatly affect their lives if they do not receive psychological treatment. These experiences include witnessing injuries and death, hearing artillery fire in various parts of Gaza, seeing homes, schools, hospitals, and streets hit by airstrikes, witnessing the bombing and destruction of their own homes and the destruction of their personal possessions by the occupation military.”

It added: “They also experience lack of water, food, and electricity. They have lost family members. Every scene contains thousands of stories of children who have had to grow up before their time, who will need years to rebuild.”

SAWA went on to explain that the number of children killed in Gaza as of this writing has reached 208, and more than 1780 children have been injured, since the start of the Israeli attacks on the Gaza Strip. According to reports published by the United Nations, 74% of the victims are civilians and one fifth are children. Every hour, the Israeli occupation kills one child in Gaza.

Highlighting the war’s psychological effects on Gaza children, SAWA said: “The war affects children psychologically in two ways. Children are affected directly, by the loss of family and home, by lack of food, drink, or safe shelter. They suffer the fear and panic of wartime, and experience what is known as trauma. Symptoms they suffer include fear, incontinence or bedwetting, confusion, worry, inability to focus, etc. During traumatic events, the body is in a state of psychological war and alertness, in a conflict of survival.”

The other type of effect is post-trauma. This can mean denial of the event, refusing to address the crisis resulting from the event, leading to imbalance and psychological confusion for the victim because of inability to cope with the trauma. Symptoms range from temporary anxiety and fear, to long-term problems, such as severe anxiety, depression, regression, withdrawal, and anger.

SAWA underscored the importance of providing psychological support to adults, to concentrate on them and on their emotions, so that they can care for their children and stay beside them, giving them space to express their feelings, not treating them violently or blaming them.

SAWA invited parents to call at the free number 121 to get preliminary crisis counseling to help them support their children.

Sawa manages the Palestinian Child Protection Helpline 121, which offers preliminary support and counseling. It has addressed 1650 cases, mostly of children from Gaza or their guardians, who feel severe fear due to the war. SAWA also gives parents guidance on how to cope with and help their children under these difficult circumstances.

Sawa has documented tragic stories told by children under 18 and their guardians through the Helpline. Some are children who find themselves shouldering great responsibilities, and they need someone to care for them. A child who has lost his parents bears a great burden. Children in this hard situation feel angry and afraid and resentful, as if trapped in a maze of circumstances. Their parents have been killed in the war, leaving children behind with no one to look after them or provide for their basic needs.

Children have the right to life and survival, non-discrimination, education, recreation, and safety. However, the children of Gaza are leaving a different life from other children in the world. For some, their childhood has been stolen. For some, their homes and toys have been stolen. Others have lost parents to occupation airstrikes. Others have lost their entire families. This is the situation of the children of Gaza.