Israel’s Criminal Assault on the Occupied State of Palestine

·   Statistics of the 30 day of the Israeli aggression against the Gaza Strip (July 8th – August 06th).

A temporary ceasefire has been reached and negotiations are underway for extending the ceasefire. Israeli troops are withdrawing from Gaza while Israel is maintaining its occupation by controlling maritime borders, sea space and the connection with the rest of Occupied Palestine. This report provides a summary of the figures of 30 days of Israeli attacks against the Occupied Gaza Strip. The total number of people killed might continue to grow as many injured people are in critical condition as well as bodies continue to be pulled from the rubble.

Over 485.000 people began to return to their areas of residence, in many cases to find their homes completely destroyed or simply not fit for living. Public and private sectors, including schools (governmental, UNRWA and private), places of worship, hospitals, ministries, heritage sites, factories, agricultural areas, fisheries and farms among others were extensively damaged.

Israel’s atrocious crimes against civilians in Gaza are a testimony to some members of the international community who continue to condone Israeli war crimes.

The international community must hold Israel responsible for its crimes.

· Attacks against Religious Sites – 46 mosques cannot be used and 140 have been partially damaged. Ten Muslim cemeteries have been targeted. Two Churches and one Christian cemetery have been Partially Damaged.

Over 485,000 people were displaced (almost one third of the Gaza population) – 1,700,000 people (the entire population of the Gaza Strip) have been affected by the destruction of electricity, water and waste water infrastructures.

Israeli disregard to the lives of Palestinians have resulted in the killing of hundreds. Instead of learning from previous experiences, some countries gave green light to Israeli forces to bombard and invade the Gaza Strip. The international community has the legal and moral responsibility to protect the Palestinian population living under Israeli occupation and to hold Israel accountable regarding its severe violations of the international humanitarian law. Lack of accountability will continue to fuel Israeli atrocities and crimes. Lack of international action will encourage a new massacre. 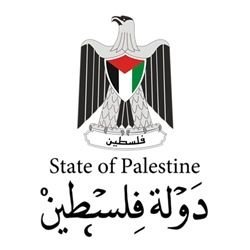