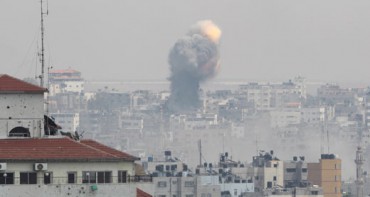 “UNRWA communicated the location of the school seventeen separate times to the Israeli occupying forces, the last of which was a few hours before Israel targeted the school. This bombardment is an act of deliberate murder. It is an egregious war crime. This assault is a shame on humanity; humanity that is failing our people in Gaza,” added AL-Batterkhi.

He added: “Children were murdered in their sleep. Defenseless civilians, who are considered protected persons under international humanitarian law, were slaughtered in a place they had sought shelter in from death and destruction. These victims were driven out of their homes by the deliberate and systematic Israeli bombardment of civilian areas, which has wiped off entire neighborhoods across the Gaza Strip.

“The shelling is the sixth such incident targeting UNRWA premises that must enjoy protection. Five UNRWA staff have been killed so far. UNRWA schools across Gaza now shelter approximately 200,000 displaced civilians while government and private schools target another 100,000.”

He said that, “Over 1300 Palestinians, a third of them children, have thus far been murdered by Israeli forces in Gaza. Over 2000 of the 7000 injured are children. These figures must terrify and shame any living conscience,” he stressed.

“These crimes must end and the only way to end them is by ensuring accountability. I call on the Secretary General of the United Nations to launch a speedy investigation into the circumstances of this crime and to ensure accountability of the perpetrators of this shameful act,” he concluded.