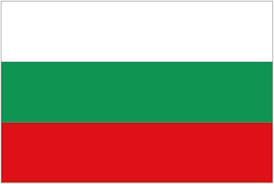 SOFIA, August 11, 2014 (WAFA) – The Confederation of Independent Trade Unions of Bulgaria, in a statement on Monday, called for halting the Israeli ongoing aggression on Gaza, which started a month ago, calling to take a firm stance against it.

The federation expressed their firm condemnation of Israel’s aggression on Gaza, stressing their solidarity with the Palestinian people and their just issue, while also called for an immediate halt to the aggression, the lifting of the Israeli siege on Gaza and the ending of Israel’s occupation of the Palestinian Territory.

The federation has also sent a letter to the Bulgarian Prime Minister, Georgi Bliznashki, calling on him to support the International Trade Union Confederation’ work plan aimed at ending the Israeli aggression.

Furthermore, the federation expressed their deep ‘shock’ over the ‘tragedy’ that has affected thousands of families and innocent people in Gaza, including women, children and elderly.

“[Israel] is bombing schools, hospitals, in addition to the only power plant, resulting in dramatic consequences against the Palestinian population,” the Bulgarian Federation told the ITUC in a special letter.

“Attacks against civilians are against international law and the United Nations’ call for peaceful solutions of the troubles,” added the letter.

The Bulgarian Trade Union Federation and the ITUC believe that a solution to the conflict should be advanced through international intervention, forcing the sides to the conflict to set down to the negotiation table sign an agreement that would insure the ending of the Israeli siege and occupation.

The Bulgarian Federation presented to the Bulgarian Government their work plan to stop the conflict, including a permanent ceasefire, dispatching humanitarian aids to Gazans, launching an arm embargo against weapons that are used against civilians, lifting the Israeli siege on Gaza, and finally reaching an agreement that is agreeable to both sides in accordance with international law.