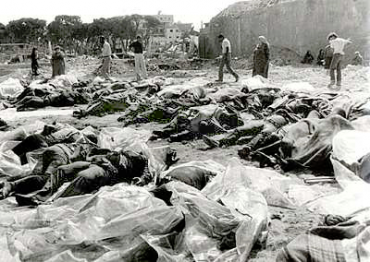 GAZA, July 16, 2014 (WAFA) – At least 205 Palestinians were killed and more than 1520 others were injured, including infants, children, women and elderly, since the beginning of the ongoing Israeli aggression on Gaza, which started on July 8, according to medical statistics.

Arguably witnessing the heaviest airstrikes since the beginning of the Israeli aggression on Gaza, airstrikes targeting several locations in Gaza on Wednesday resulted in the killing of almost a dozen Palestinians, including an infant, whereas more than 30 homes were leveled to the ground, while public institutions, mosques, infrastructure, residential towers and buildings were also destroyed by Israeli jet fighters, reported WAFA correspondent.

WAFA correspondent said five-month-old Lama Satri was killed as an Israeli jet fighter targeted a location near her family’s house in the southern Gaza city of Rafah.

Meanwhile, a reconnaissance aircraft targeted a group of Palestinians in the city of Khan Yunes with at least a missile, killing Fareed Abu-Daqqa, 33, and Mohammad Tayseer Sharab, 23.

Israeli jet fighters further targeted a car while near Abu Yousef al-Najjar Hospital in Rafah, killing Saleh Dahleez, 20, and Yasser al-Mahmoum, 18, and injuring four others, including two seriously. 23-year-old Ahmad an-Nawajha, who was injured in the incident, died later of his wounds.

Mohammad al-Arjani, 19, was also killed after an Israeli jet fighter targeted a group of people in Khan Yunes.

Mohammad ad-Dabari, Mohammad Az-Zahouq and Mohammad Ismail Abu-Odeh were also killed in Israeli airstrikes that targeted an area in Rafah, in southern Gaza.

Earlier at midnight, at least one Palestinian was killed and another was injured in an Israeli airstrike which targeted Juhr-Eddik neighborhood to the south of Gaza city. The injured was transferred to hospital for medical treatment.

In the meantime, six Palestinians were injured, including two children, after Israeli warplanes targeted the city of Gaza, Nusseirat refugee camp and the town of Beit Lahiya. They were transferred to hospital for medical treatment.

Later at predawn, six people were also injured after jet fighters targeted houses in Rafah, whereas an elderly and a teenager were slightly injured due to aerial bombardment on the city of Gaza. They were transferred to hospital for medical treatment.

As today marks the ninth day of aggression, more than 630 homes have been destroyed, whereas 13550 homes were partially destroyed, most of which are uninhabitable now, according to WAFA correspondent.