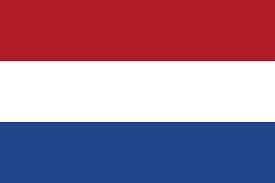 THE HAGUE, August 16, 2014 – (WAFA) –  A Dutch nonagenarian honored by Israel for saving a Jew from the Nazis during WWII has returned his medal because six of his relatives were killed in Israeli aerial bombardment on Gaza.

Henk Zanoli returned his Righteous Among the Nations medal to the Israeli ambassador in the Hague Haim Davon this week after an Israeli F-16 fighter jet pounded his great niece’s home in Gaza, killing all inside.

In a letter sent to the Israeli on August 11 and published on the New York Times , Zanoli wrote: “It is with great sorrow that I am herewith returning the medal I received as an honour and a token of appreciation from the State of Israel for the efforts and risks taken by my mother and her family in saving the life of a Jewish boy during the German occupation of The Netherlands.”

Zanoli mentioned in his letter that the bomb dropped by the Israeli warplane on July 20 during the Israeli military aggression on Gaza “turned the four storey building to rubble, leaving every single family member inside it dead.”

He added in his letter that was also published in the Israeli newspaper Haaretz and widely circulated in the Dutch media that“The great- great grandchildren of my mother have lost their grandmother, three uncles, an aunt and a cousin at the hands of the Israeli army.”

He added: “It is particularly shocking and tragic that today, four generations on, our family is faced with the murder of our kin in Gaza. Murder carried out by the State of Israel.”

The AFP reported that the Israeli embassy in the Hague confirmed Friday that “it was familiar with the issue” but declined to make any further comment.

Given his old age and frailty, Zanoli was not able to deliver the letter in person but instead sent it together with the medal to the Israeli embassy in the Hague – the same place from which he received the medal three years ago.

“ . . . for me to hold on to the honour granted by the State of Israel, under these circumstances, will be both an insult to the memory of my courageous mother who risked her life and that of her children fighting against suppression and for the preservation of human life as well as an insult to those in my family, four generations on, who lost no less than six of their relatives in Gaza at the hands of the State of Israel,” Zanoli added.

“The actions of your state in Gaza these days have already resulted in serious accusations of war crimes and crimes against humanity,’ wrote Zanoli. ‘As a retired lawyer, it would be no surprise to me that these accusations could lead to possible convictions if true and unpoliticized justice is able to have its course. ‘What happened to our kin in Gaza will no doubt be brought to the table at such a time as well.’

According to Haaretz, Zanoli’s great-niece, Angelique Eijpe, is a Dutch diplomat who currently serves as deputy head of her country’s diplomatic mission in Oman. Her husband, economist Isma’il Ziadah, was born in the al-Bureij refugee camp in central Gaza. The couple has three children. Ziadah’s parents were born in Fallujah, on whose lands the town of Kiryat Gat now sits. His father died in 1987.