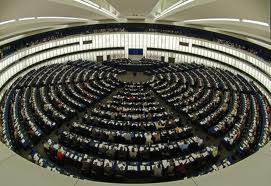 JERUSALEM, July 24, 2014 – (WAFA) – The European Union (EU) contributed €15.5 million to the early payment of the July salaries and pensions of Palestinian civil servants and pensioners, stated the EU Thursday in a press release.

“This contribution comes at a very difficult time given the tragic events unfolding over the past weeks. I should like to take this opportunity to express profound sorrow at the scale of destruction and the loss of innocent life, ‘said EU Representative John Gatt-Rutter.

He added, ‘I would also like to commend the efforts of the Palestinian medics in Gaza who are currently doing extraordinary work in treating thousands of casualties there.  The European Union will continue to support the Palestinian Authority in its efforts to provide for the basic needs of the Palestinian population. The payment of salaries and pensions is one of the most tangible ways that we can help to ensure the delivery of public services for people throughout the West Bank and Gaza.’

Most of the European Union’s assistance to the Palestinian Authority is channelled through PEGASE, the financial mechanism launched in 2008 to support the PA Reform and Development Plan (2008-2010) and the subsequent Palestinian national plans. As well as helping to meet a substantial proportion of its running costs, European funds support major reform and development programmes in key ministries, to help prepare the PA for statehood. Since February 2008, around €1.6 billion have been disbursed through the PEGASE Direct Financial Support programmes. In addition, the EU has provided assistance to the Palestinian people through UNRWA and a wide range of cooperation projects.