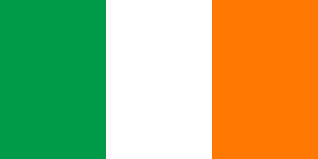 DUBLIN, August 23, 2014 – (WAFA) – A vigil organized by ‘Gaza Action Ireland’ outside the Israeli embassy in Dublin put the embassy under siege, said the Palestinian Foreign Ministry in a press release issued Thursday.

Gaza Action Ireland organized a vigil around the Israeli embassy in Dublin demanding that the Irish government take action over Israel’s military aggression on Gaza.

According to the press release, the vigil was organized in order to call for the immediate expulsion of the Israeli ambassador, to remember those murdered in Gaza in recent weeks, and to end to the murderous Israeli war on the civilians of Gaza as well as for a lifting of the siege.

“This is part of a symbolic, peaceful ‘siege’ of the embassy calling for the immediate closure of the Israeli diplomatic residence in Ireland and not to allow diplomatic status to be accorded to the representatives of a terror state,” said the press release.