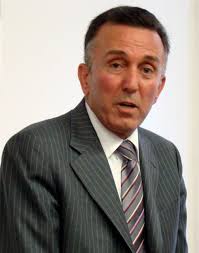 RAMALLAH, July 22, 2014 (WAFA) – Minister of Health, Jawad Naji, on Tuesday appealed to all international health organizations to immediately act to prevent an imminent collapse of the hospitals and health centers in Gaza, which are overwhelmed with the wounded and patients.

Two hospitals in the Gaza Strip are currently the most likely to collapse; Kamal Adwan Hospital and Beit Hanoun Hospital, where the surrounding buildings have been a target for intensive Israeli airstrikes and artillery shelling.

“The disastrous humanitarian and health situation in Gaza is threatening hospitals and health centers of a real collapse; they might stand helpless to provide medical services to the wounded and patients,” said Awwad.

“The escalation by the Israeli Occupation Army, of targeting hospitals and besieging them by shelling surrounding buildings, in addition to preventing [medical] teams from evacuating the wounded and transferring the patients, and the direct targeting and bombing of first-aid teams, is a crime against humanity,” he added.

Awwad added that no medical doctor on the earth’s surface can endure what the medical teams in Gaza have been through,” and yet, “Israel tries to obstruct their work by bombing hospitals and ambulances.”

Five hospitals have been targeted by the Israeli army, three of them sustained partial damages, while the Red Crescent headquarters in Ezbat-Abed-Rabbu, near Beit Hanoun, was bombed and destroyed, reported Awwad.

The Israeli offensive on Gaza, which started on July 8, has also resulted in the killing of Pharmacist Anas Abu-Kas and Paramedic Foad Jaber, in addition to other medical personnel. Several others were also injured.