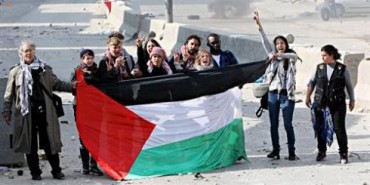 BEIRUT, July 31, 2014 (WAFA) – The Palestinian Association for Human Rights “Witness” condemned, in a statement Thursday, the Israeli army bombing of an UNRWA-run school in Jabalia, to the north of Gaza, on Wednesday.

Witness association condemned Israel’s committing of a massacre that claimed the lives of dozens of Palestinians and injured dozens others in ‘a clear defiance of international law.’

The Association called upon the international community, the UN Human Rights Council, and the Arab League to promptly intervene to stop the ongoing Israeli aggression on Gaza, and prosecute the perpetrators of war crimes.