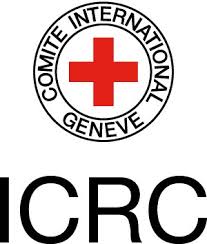 RAMALLAH, August 6, 2014 (WAFA) – President of the International Committee of the Red Cross (ICRC), Peter Maurer, on Wednesday briefed President Mahmoud Abbas on the deteriorating humanitarian conditions he witnessed in Gaza, in addition to the massive human and infrastructural losses.

During a meeting with Abbas in the Ramallah-based Presidency Headquarters, Maurer said his organization is committed to providing urgent humanitarian support to Gaza in coordination with the Palestinian Red Cress and the Palestinian Government, adding that the international humanitarian law should be honored by all parties, as well as to keep civilians out of the conflict.

Meanwhile, Abbas stressed that all relevant international organizations should uphold their responsibilities towards the Palestinian people in Gaza, which has been declared a humanitarian disaster zone.

Abbas praised the ICRC’s efforts to relieve the suffering of Palestinians in Gaza.