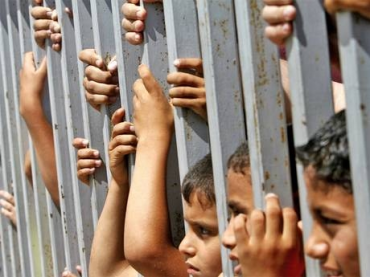 NABLUS, July 24, 2014 (WAFA) – Israeli forces Thursday arrested 15 Palestinians, including an ex-prisoner, in the West Bank districts of Hebron and Nablus, according to local and security sources.

In Hebron, Israeli army arrested six Palestinians in the city, in addition to three others, including two brothers, in the nearby town of Dora; most of them were arrested after raiding their houses and sabotaging their furniture.

A youngster, 23, was also arrested in the village of Sair, north of Hebron, after raiding his house, sabotaging with its content.

Meanwhile, Israeli forces stormed Tell Str. In Nablus City and arrested two Palestinians, including 28-year-old Mustafa al-Sakhel, an ex-prisoner who was released three months ago, after raiding their homes.