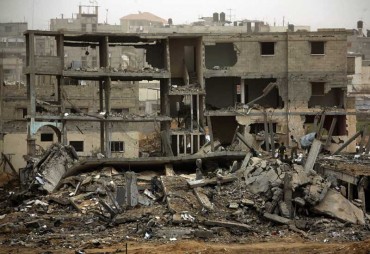 Israeli warplanes targeted launched four strikes targeting open ground to the east of Gaza city, east of Al-Zeitoun neighborhood and As-Sudaniya to the northwest of Gaza shortly after a 120-hour ceasefire came into effect. No injuries were reported.

Palestinian and Israeli delegations agreed in their indirect Cairo-brokered talks to extend the ceasefire for another five days after they failed to reach a long-term ceasefire agreement.

The previously agreed 72-hour ceasefire was set to expire at Wednesday midnight.