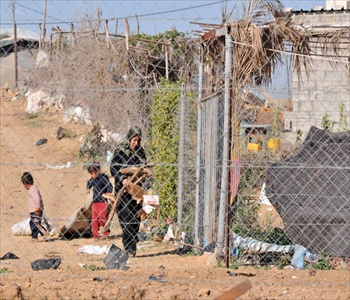 BETHLEHEM, August 7, 2014 (WAFA) – Israeli forces Thursday ordered a number of Palestinians in the town of a-Khader to the south of Bethlehem  to stop the construction work on their houses under the pretext of being ‘built without a permit’, according to a local official source.

Al-Khader’s mayor, Tawfiq Salah, told WAFA that Israeli forces along with a staff from the so-called civil administration handed the land owners notices ordering them to stop the construction work on their houses under the pretext of ‘being built in areas that fall under the full Israeli control’ and that they must apply to obtain building permits.

The notices gave the owners until September to straighten out their legal status or else they will be held legally accountable.