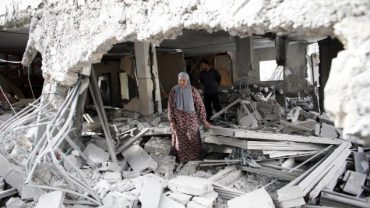 They told WAFA that Israeli forces raided Nablus around 3:00 a.m. where they stormed and examined the family home of Bassem Abdul-Rahman Salah in preparation to demolish it.

Salah, 38, was shot dead by Israeli police after he allegedly stabbed and injured a police officer near Damascus Gate in Jerusalem on November 29.

Forces also stormed and took measurements for the family home of Ashraqat Qatanani also in preparation to demolish it.

Qatanani, 16, had been run over and shot by an Israeli settler at Huwwara checkpoint following an alleged stabbing attempt on November 22.

The settler who shot her, identified as Gershon Mesika, had bragged about the killing saying he rammed his car into her before he had shot her dead.

The planned demolition of Salah and Qatanani’s homes came in line with the Israeli policy of punitive demolition of family homes of Palestinians suspected of carrying out attacks against Israelis.

This policy was widely condemned by human rights organizations as “collective punishment” and “a war crime and a crime against humanity.”