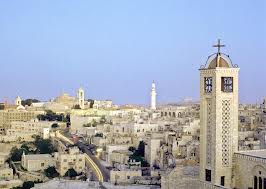 BETHLEHEM, August 19, 2014 (WAFA) – Israeli army on Tuesday demolished a man-made cave and shed used to shelter a Palestinian family in al-Walja, a small village located to the northwest of Bethlehem.

Ammar Abu Attin, an activist with the anti-settlement committee in the village, said an Israeli force, accompanied by a bulldozer, stormed the area and proceeded to demolish the cave and the shed owned by a 50-year-old local resident, which he has been using to shelter him and his family for 15 years now, refusing to leave his land which Israel is attempting to take over for the benefit of settlement expansion.

The land owner, Abd al-Fatah Abd Rabo, 50, said he has been subjected to the ugliest Israeli measures throughout the years to force him to leave his land, adding that he remained steadfast in his land and lived in a cave up until forces demolished it today on Tuesday.