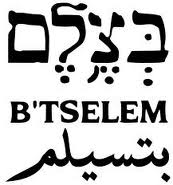 “The failure of the Government of Israel to implement the Turkel Commission’s recommendations, more than a year and a half after their publication, only reinforces this conclusion.”

“The existing [Israeli] apparatus is incapable of investigating policy issues or breaches of law by senior ranking military officials, and fails to promote accountability among those responsible.”

The organizations asserted that “the existing investigation mechanism precludes serious investigations and is marred by severe structural flaws that render it incapable of conducting professional investigations.”

The full report could be obtained here.