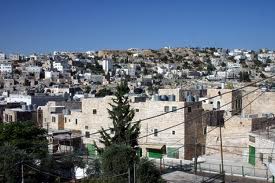 HEBRON, September 10, 2014 – (WAFA) – Israeli forces demolished on Wednesday several homes and structures in Khashem al-Daraj village to the east of Yatta near Hebron, under the pretext of ‘being built without a permit,’said a local activist.

Large Israeli troops, escorting military bulldozers, raided Khashem al-Daraj, cordoning it off before the bulldozers proceeded to demolish several homes and structures belonging to al-Hathalin tribe, according to Rateb Jabour, who coordinates the National Committee against Wall and Settlements.

Head of the Local Council Ibrahim al-Hathalin said that the Palestinian residents are very concerned that Israeli forces would demolish more homes and structures in the area. He condemned the demolition as ‘an arbitrary and retaliatory action that forms a part of an Israeli plan to displace the Palestinians as a prelude for expropriating their lands for settlement construction.

The village is supplied with water through a dilapidated water network and cisterns are used for domestic and agricultural uses, which makes water availability and quality a main area of concern. The village remains heavily dependent on electrical generators as the only provider of electricity, which makes electrical power very weak.