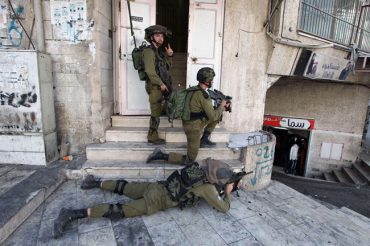 JERUSALEM, October 20, 2016 (WAFA) – Israeli forces on Thursday raided, ransacked and shut down a printing house in the town of ar-Ram, north of Jerusalem, according to local sources.

Army also seized some of the content of the printing house before leaving the site.

A statement by the Israeli army claimed the shutdown came under a military order signed by the central area commander under pretences of distributing “inciting” material.