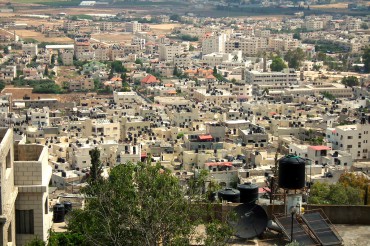 JENIN, September 14, 2014 (WAFA) – Israeli forces on Sunday snatched a Palestinian youth near Jenin, assaulted another as well as summoned a Palestinian in Bethlehem to appear for interrogation, according to security sources.

The sources said an undercover unit stopped at a gas station in the village of Jabaa, to the south of Jenin, and snatched Abdullah Balawneh, 35 from Tulkarm City, while he was present in the station. The unit also assaulted and beat up a worker in the station.

Meanwhile, Israeli army stormed the city of Bethlehem and handed a local resident, 41, summons to appear for interrogation before the Israeli intelligence.

In the meantime, forces stormed several towns and set checkpoints across Hebron Governorate, in the southern West Bank, yet no arrests were reported. Furthermore, local sources told WAFA that Israeli soldiers assaulted multiple Palestinians in the Hebron Old City and detained them for hours before releasing them.