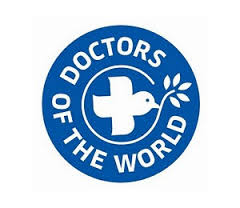 JERUSALEM, September 27, 2014 – (WAFA) – Doctors of the World – Médecins du monde (MdM) has been running activities since August 12 aiming to contribute to the reconstruction efforts of Gaza, said the organization in a press release issuedThursday.

“Since August 12, MdM has run activities aiming to help Palestinians rebuild the health system in Gaza strip, and most importantly, rebuild themselves. The 50-day-long war in Gaza left a land of desolation. Much needs to be done to put Gazans, the Gaza strip and its health care system back onto their feet,” said the government.

The organizations added that through three mobile clinics MdM France provides primary health care, mental health services as well as education to health to the most vulnerable Palestinians in some of the most devastated areas where the health facilities have been completely destroyed. One clinic travels to public schools serving as shelters in Gaza city and Juhr El-Deek area, and two other clinics are stationed in Khuza’a and Al-Fukhari. Since the beginning of this operation, 6,208 patients have received care.

In addition to that, MdM supports one PMRS mobile clinic in Beit Hanoun area, in the north of the Gaza Strip. MdM is also evaluating the repairs needed for five clinics that were completely or severely destroyed during the war.

Noting that MdM works in collaboration with the Palestinian Ministry of Health (MoH) in Gaza, MdM General Coordinator in Jerusalem Owen Breuil explained: “All our actions are done following its recommendations and often implemented in partnership with our Palestinian partners such as Culture and Free Thought Association (CFTA), Palestinian Medical Relief Service (PMRS), and SAWA, which is supported both by MdM France and MdM Switzerland.”

In addition, the organization noted that vouchers worth INS 300 (€60) are being distributed to 600 families for the purchase of medical and hygiene items such as soap and diapers. “We chose this approach because it is flexible and adapted to the real needs of the population. With these vouchers they are free to buy the items they really want. Their right to choose is not impacted, neither their dignity which is very important for them and so for us” said Field Coordinator in Gaza city Thibault Larose.

Highlighting the support provided by MdM Spain to Gaza hospitals, including al-Shifa hospital, MdM said that an MdM surgeon has supported fifty surgical operations, and a second plastic surgeon is currently doing reconstructive surgery in the hospital. MdM staff has held seventeen psychosocial support sessions with an attendance of one hundred seventy three medical staff working in emergency rooms, operating rooms and rescue teams. These sessions are designed to reinforce their resilience and capacity to support the local population.

MdM concluded that it is contributing to the reconstruction effort of Gaza through its various and complementary actions: physical and mental care as well as support to health professionals and structures. It stressed; however, that “this destruction-reconstruction spiral in Gaza strip has to come to an end.” MdM stresses the need for this reconstruction to be sustainable and permanent: Palestinians and the Palestinian health care system must be respected, not attacked.