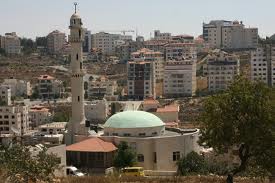 RAMALLAH, August 3, 2014 (WAFA) – Minister of Religious Affairs Yousef Id’ais on Sunday warned against Israeli plans of dividing al-Aqsa mosque temporally and spatially, in light of the ‘international preoccupation’ with the Israeli ongoing offensive on Gaza.

He said Israel’s current denial of entry of worshipers to the mosque and the provocative rabbis’statements, are evidence to continuing religious persecution against the holy sites, particularly al-Aqsa Mosque.

Id’ais underscored that thus far, 41 mosques in Gaza were completely destroyed by Israel, whereas 120 others were partially destroyed, aside from the targeting of religious institutions, such as Zakat committees and others.

He called upon the Organization of Islamic Cooperation (OIC) to seriously and immediately act to deter the Israeli crimes and violations, which are increasing every single day.