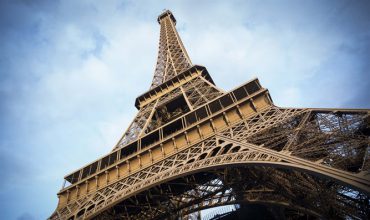 Vimont was reported in al-Hayat al-Jadida as expressing France’s determination to convene the conference in Paris and commitment to the two-state solution.

Presidential Spokesperson Nabil Abu Rudeineh was reported in al-Hayat al-Jadida as reiterating Palestinian support to the French bid regardless of whether Israel supports or rejects it.

Israeli forces demolition raids and attacks against Palestinian farmers across the West Bank also hit the front page headlines in the dailies.

Al-Ayyam added the demolition took place while Israeli settlers were allowed to proceed with the construction of a news settlement outpost in the same area.

It added Israeli troops shut down a wedding hall in the Jerusalem district village of al-Eizariya.

Al-Quds and al-Hayat al-Jadida highlighted that Palestinian landowners submitted an appeal to an Israeli court rejecting demands to postpone the evacuation of the settlement outpost of Amona.

Mayor of Israeli Municipality of West Jerusalem Nir Barakat was reported in both dailies threatening to demolish thousands of Palestinian homes in Jerusalem in response to the prospective demolition of the outpost.

Al-Quds and al-Ayyam said several Israeli ministers and Knesset speaker demanded that Israel change the status quo in Jerusalem through allowing Jews to pray inside the flashpoint Al-Aqsa Mosque compound.

The dailies said a European Union (EU) committee has recommended that member states ask Israel to pay compensation for the demolition of donor-funded buildings in West Bank Area C.