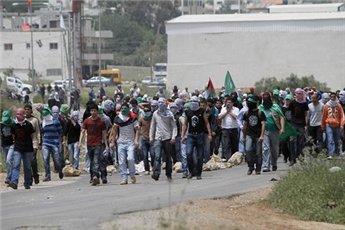 Our correspondent said that clashes broke out in Al-Ram junction; Israeli soldiers shot a barrage of live ammunition and rubber-coated metal bullets towards the citizens, which led to the shooting and injury of nine citizens, four of them were wounded by live ammunition and sustained moderate injuries, while the rest were wounded by rubber coated bullets and sustained minor injuries.

They were taken to the Palestine Medical Complex in Ramallah for treatment.