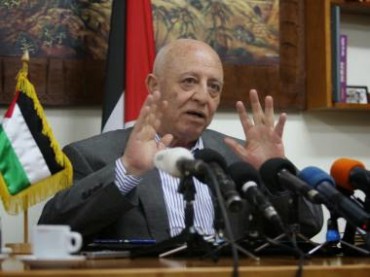 The official denied ‘in toto’ reports spread across the media that Israeli justice minister Tzipi Livni and he were mediating secret talks between Abbas and Netanyahu.