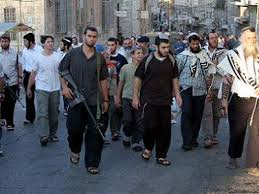 He said in an interview on Voice of Palestine radio that the Palestinian leadership is following up with international bodies and the Palestine mission at the United Nations on Israel’s recent settlement activities.

He said Palestine has sent messages to the European Union and the UN Secretary General asking them to take serious steps against the settlements, saying condemnation statements were not enough.

Malki said talks regarding a draft resolution that condemns Israeli settlements have started with Security Council member states, expressing hope that the Arab quartet could convene before the end of this month to decide on the final text of the draft resolution before it is voted on by the Council.

He said Palestine is going to participate in two Security Council meetings on Israeli settlements this month; the first one is “Arria formula meeting” on October 14 and the second, which is set for October 24, will be devoted to discussing settlement issue.

The “Arria-formula meetings,” according to the Security Council, “are very informal, confidential gatherings which enable Security Council members to have a frank and private exchange of views, within a flexible procedural framework, with persons whom the inviting member or members of the Council (who also act as the facilitators or conveyors) believe it would be beneficial to hear and/or to whom they may wish to convey a message.”

Malki told the radio these meetings would enhance Arab and Palestinian efforts to submit the draft resolution at the Security Council.

On the French initiative, Malki said French special envoy for its peace conference, Pierre Vimont, is likely to visit Palestine next week.

He said the French envoy will brief the Palestinian leadership on the latest in the French peace initiative and to coordinate for the upcoming high level meetings and the work committees ahead of the peace conference, which is supposed to be held before the end of the year.