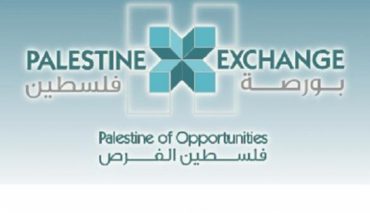 NABLUS, November 6, 2016 (WAFA) – The World Federation of Exchanges (WFE) has accepted the full membership application made by the Palestine Exchange (PEX) in 2015.

The federation approval was given during the 56th annual general assembly held this year in Cartagena, Colombia between 2-4 November 2016. Chairman of PEX, Dr. Farouq Zuaiter and CEO, Mr. Ahmad Aweidah attended the meetings.

Dr. Zuaiter thanked the WFE members and board of directors, in his acceptance speech, for their confidence in PEX saying that the upgrade to the full membership was a result of the long journey of developments and achievements witnessed by Palestine securities sector during the past few years in terms of the regulatory environment, market surveillance and PEX’s commitment to the highest levels of transparency, disclosure and investor protection, in spite of Palestine geopolitical conditions, the surrounding regional environment and challenging economic conditions.

The Palestine Exchange started in the WFE as correspondent member and was upgraded in 2011 to an affiliate member. In August 2015 PEX submitted its application for full membership, a WFE verification committee made an on-site inspection visit to PEX and other stakeholders of Palestine securities sector, and based on that the WFE board of directors recommended the ratification on the decision to the General assembly meeting held in Cartagena, Colombia making PEX the 65th member of the WFE.

The upgrade to the Frontier Market status within the FTSE indices

In another context, the FTSE Russell indices upgraded PEX to Frontier Market status during its annual review conducted by the Group in September with effect from the 21st of Sept., 2016.

Commenting on this, Aweidah pointed that the exchange operates within a solid regulatory environment, uses best of breed technology and complies with financial markets best practice. He expressed his confidence that the new status within FTSE indices will enhance PEX competitive position among regional markets, giving it greater momentum and a wider spread globally.