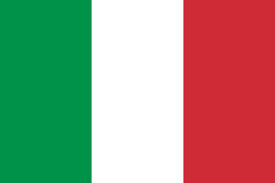 Flanked with a delegation from the Palestinian Embassy and the Palestinian community in Italy, Al-Kaila paid her last respects to Camilli during the funeral service that was held at St. Peter and Paul Cathedral in Pitigliano.

According to the International Federation of Journalists, they were taking photos of local missile experts as they tried to defuse the missile when it exploded. Another Palestinian photographer, Hatem Musa, 37, who also works for Associated Press, was seriously injured in the incident.

Expressing her grief over the death of Camilli, Al-Kaila stated: “We have heard the members of Camilli’s family lamenting the death of their son. This is similar to what is happening in Gaza ]in the aftermath of the Israeli military aggression[. We are hearing today the cries coming out from Gaza as a price for freedom and justice.”

Quoting Associated Press, Daily Mail reported that video images made by Camilli were projected in the cathedral complex in Pitigliano, and mourners streaming to the funeral Mass were visibly moved as they paused to watch.

AP Chief Executive Gary Pruitt, speaking outside the cathedral, lauded Camilli’s commitment ‘to tell the human side of the story in a war’ during nearly a decade with AP. Monsignor Guglielmo Borghetti, bishop of Pitigliano-Sovana-Orbetello, remembered Camilli as ‘young, courageous, a passionate professional’ and noted that Pope Francis had offered prayers for him this week from the papal plane on his way to South Korea.

Camilli, who was 35, is survived by his long-time partner Ylva van den Berg, their 3-year-old daughter Nour, his parents and two sisters.

Camilli’s father, Pier Luigi, spoke of how he was overwhelmed when traveling to Jerusalem to recover his son’s body to meet all the people who called his son a close friend, and who were impressed by his journalistic gifts and commitment.

Camilli’s mother, Maria Daniela Vigna, read a letter written by a Palestinian history teacher who admired Camilli’s courage. ”I am very touched by the loss of Simone Camilli,” she read from an Italian translation of the letter. ”He could have chosen to stay, like many other journalists, in a peaceful place. His humanity pushed him to Gaza.” Vigna said she would travel herself to Gaza to honor her son’s memory. ‘I don’t know how, but I have to go back there, to do something. Otherwise my life is over,’ she said.

Abu Afash, a Gaza resident who often worked with the international media as a translator and news assistant, was buried the same day as the explosion in line with Muslim custom. He is survived by his wife, Shireen, and daughters Majd, 7, and Wajd, 2 1/2.

AP photographer Moussa is recovering in a Jerusalem hospital.

Meanwhile, the International Federation of Journalists has advised all journalists who continue to cover the situation in Gaza to “remain vigilant at all times, even during periods of ceasefire.”