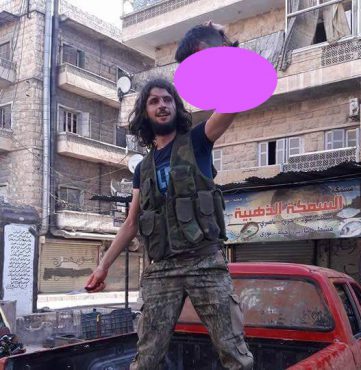 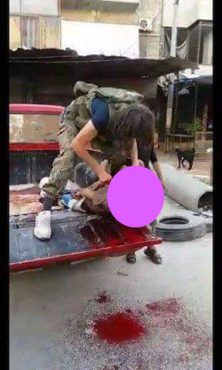 RAMALLAH, July 21, 2016 (WAFA) – The Palestine Liberation Organization’s Executive Committee Thursday condemned the atrocious murder of 12-year-old Abdullah Issa, a Palestinian refugee in Syria and demanded immediate international intervention to bring those behind the beheading to justice.

Chief Palestinian negotiator Saeb Erekat issued a press release in which he addressed a video circulating on social media on Tuesday that showed rebel fighters beheading a boy after capturing him north of Syria’s second city Aleppo.

The video showed the boy lying down in the back of a truck as a fighter begins to cut off his head with a small knife.

One fighter shouts “We will leave no one in Handarat!”, an area north of Aleppo city, where there has been fighting between rebels and government forces.

Another video showed the fighters accusing the boy with being a member of al-Quds Brigade, a Palestinian group fighting with the government forces. According to media sources, Al-Quds Brigade denied that Issa was one of its fighters.

Erekat condemned the “cowardly and cruel action committed by the terrorist Nour al-Din al-Zenki Movement”, one of the independent insurgent groups involved in the Syrian Civil War.

He called on the international community and the United Nations to learn the lesson and work effectively to provide the Palestinian people, in Palestine and refugee camps around the world with protection, end the occupation, and support the establishment of a Palestinian state and the return of refugees.

Erekat added, “For a century, the Palestinian people have been facing all sorts of ethnic cleansing and have become refugees for more than once because of Israel, the occupying power. It is time for the world to speak up and take on measures to end the terrorist actions against our people.”

The Palestinian leadership announced that it is closely following with several Arab and international bodies to bring those responsible for the heinous crime to justice using all possible legal ways.

Anwar Abdul Hadi, head of the political department at the PLO office in Damascus condemned the crime and told WAFA, “This is a heinous crime committed by a terrorist group against a boy who has Thalassemia and was abducted from a hospital.”

Erekat and Abdul Hadi drew a similarity between the murder of Issa, the murder of Mohammad Abu Khudeir who was burned alive by Israeli settlers in Jerusalem, and 12-year-old Mohammad al-Durrah who was killed by Israeli fire in the Gaza Strip.

Following the beheading, Nour al-Din al-Zenki issued a statement condemning what is described as a “violation” that was “an individual mistake, that does not represent the general policy of the group”.

According to the statement, the group arrested the persons who carried out this violation and handed them over to a judicial committee for investigation.”