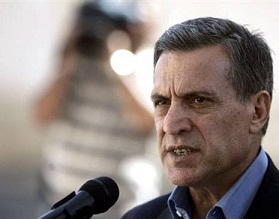 All the apartments were already vacant at the time the settlers broke into them, with the exception of one apartment; settlers forcibly entered the apartment and assaulted its residents, reported Fakhri Abu Diab, a local activist.

The activist said confrontations erupted after the Israeli offensive assault, where dozens were reported injured and were transferred to hospitals for medical treatment.

Abu Rudainah said such an assault on Jerusalem, combined with the repeated assaults on al-Aqsa Mosque, leaves the Palestinian leadership no choice but to seek international action at the UN organizations, so as to hold Israel accountable and compel it to stop the settlement activities.

According to Wadi Hilweh Information Center, the number of settlement blocs in Silwan has risen to 29, including 26 in Wadi Hilweh area alone.