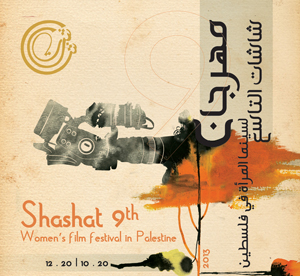 The festival is scheduled to take place from November 12 until December 11 in 17 cities, two refugee camps and one school, it said. It is held in collaboration with eight universities and 14 organizations in the West Bank and Gaza Strip in its 90 screenings of four films by young women filmmakers.

The festival is planned to open on Saturday with the screening of two films to be shown in the Gaza Strip at Rashad Shawwa auditorium and at Ramallah Cultural Palace.

“What’s Tomorrow is a cinematic initiative which builds on Shashat’s mission of supporting the creativity of young Palestinian women filmmakers, especially from peripheral areas, by providing opportunities for them to produce Palestinian culture and express the diverse worlds of Palestinian reality,” said the press release.

“The 10th festival is a continuation of Shashat’s commitment to providing film activities throughout Palestine in the belief that culture is a human right, and building synergy between cultural organizations and community organizations working in villages, towns, cities, refugee camps and universities throughout the West Bank and Gaza Strip.  This can contribute towards a robust and dynamic civil society expressing the full richness of the diversity of Palestinian life,” it added.

Four films made by Palestinian film makers from Gaza, Hebron, the Bedouin Wadi Abu Hindi, and Nablus will be presented during the festival. These are:

Graffiti, 16:05 minutes, 2016, by Fidaa Nasr is about an anonymous graffiti she found on a wall in Hebron which tells of love in the time of death.

Board vice-president, Abdel-Nasser al-Najjar, commented on the theme of the festival, “What’s Tomorrow,” saying: “It is imperative to provide responsible frameworks for Palestinian youth to express seriously their anxiety, despair, fears, aspirations and hopes for their tomorrow in a safe and constructive setting of their local universities and community organizations.”

Shashat, which received the Palestinian Ministry of Culture Award for Excellence in Cinema in 2010, is a cinema non-governmental organization in Palestine whose focus, since its founding in 2005, is on women’s cinema and the social and cultural implications of women’s representations.