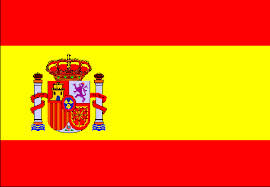 MADRID, August 5, 2014 (WAFA) – The Spanish Government has declared it will freeze arms exports to Israel as a preventive measure, in light of the Israeli military offensive on the Gaza Strip.

According to state sources, the decision was made last Thursday during a session of the inter-ministerial committee on arms manufacturing.

Spanish arms exports to Israel are estimated at EURO 4.9 million (in 2013), which constitutes only 1% of the overall exports in Spain, a signal that the decision was politically driven.

According to the Spanish Ministry of Commerce’s statistics, Spanish arms exports to Israel range from SUV vehicles, bomb fuses, mortar power systems, among others.

“The decision will be reviewed again at the next committee session in September,” reported World Bulletin news.