State of Palestine
Palestine Liberation Organization
Negotiation Affairs Department
3 August 2014
SPECIAL REPORT
GAZA UNDER FIRE
Israel’s Criminal Assault on the Occupied State of Palestine
OVERVIEW:
·        Statistics of the 27 day of the Israeli aggression against the Gaza Strip (July 8th – August 3rd).
Following few statements by international officials, Israeli Forces continued their aggression in the Occupied Gaza Strip. The statements, based on Israeli claims, suggested that one Israeli soldier was captured. After a few hours, Israel declared that the soldier was not captured but dead. Over 100 Palestinians were killed.
It is estimated that 1759 Palestinians have been killed and 9250 injured by Israeli Forces since July 8th in Gaza, the majority of them civilians. Overnight Israeli forces killed 47 Palestinians. Occupation forces shelled the house of Al Ghoul family killing 10 of its members as well as Okal family, killing 4 members. Israel once again deliberately attacked an UNRWA school, killing at least 10 people. In Deir Al Balah Israel killed 4 members of Al Khayyat family. Israeli Forces bombed and completely destroyed the historic mosque of Al – Omari in Jabaliya, which is believed to have stood on the same site since 647 AD. The portico and minaret dated back to the medieval Mameluk period, or at least 500 years. The humanitarian crisis is all over the Gaza Strip, and in particular the eastern side that has been occupied by Israeli Forces (44% of the total size of the Gaza Strip). Effects of Israeli bombardments are reflected in the lack of drinking water and the complete or partial interruption of electricity. Hospitals and medical centers continue to be targeted by Israeli forces. UN buildings sheltering refugees continued to be threatened by Israeli Forces, as well as Churches in Gaza and other centers hosting refugees.  Over 475,000 people have been forcibly displaced, almost 28% of the population in Gaza.
Statistics of 26 Days of Israeli Aggression Against the Gaza Strip
July 8th  00:00 AM – August 3rd  12:00 PM
·        Palestinians killed – 1759
·        Palestinians Injured – 9,250
·        Demolished Structures: 5,238
·        Partially Demolished Structures: 4674[1]
·        Damaged Homes: 30,050[2]
·        Schools Damaged –138
·        Damaged Hospitals and Health Centers – 13 hospitals and 10 PHC clinics were damaged, 34 health facilities were closed, 12 ambulances were damaged, and 38 health personnel injured, 15 health personnel died after Israeli airstrikes[3].
·        Attacks against Religious Sites – 41 mosques cannot be used and 120 have been partially damaged. Ten Muslim cemeteries have been targeted. Two Churches and one Christian cemetery have been Partially Damaged.
Over 475,000 people have been displaced (almost one third of the Gaza population) –1,700,000 people (the entire population of the Gaza Strip) have been affected by the destruction of electricity, water and waste water infrastructures.
Israeli disregard to the lives of Palestinians have resulted in the killing of hundreds. Instead of learning from previous experiences, some countries gave green light to Israeli forces to bombard and invade the Gaza Strip. The international community has the legal and moral responsibility to protect the Palestinian population living under Israeli occupation and to hold Israel accountable regarding its severe violations of the international humanitarian law. Lack of accountability will continue to fuel Israeli atrocities and crimes. Lack of international action will continue to increase the list of people killed.
[1] Updated August 2.
[2] Ibid
[3] Ibid. 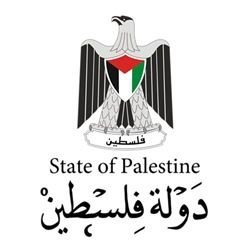