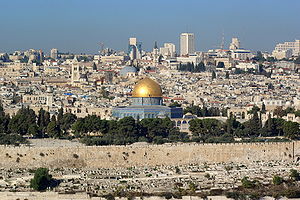 WAFA correspondent said dozens of Special Police Forces cordoned off the southern ceiled building inside the mosque compound, before they shot firebombs, stun grenades, poison and tear gas canisters, causing several cases of suffocation among the worshipers, especially the elderly.

The shooting of firebombs also set fire to the carpets inside the mosque.

Earlier in the early morning, Israeli policemen closed the mosque’s main gates and allowed small settlers groups, led by Jewish rabbis, into the mosque to perform rituals, while denying so many Palestinian worshipers entry, which forced them to perform the dawn prayers in the alleys outside the mosque compound.

Meanwhile, police fired rubber-coated bullets towards a group of Palestinian women who gathered at the mosque gates waiting for entry permission, yet no injuries were reported.

The incident came as police prevented Palestinians below the age of 45, including Islamic Waqf staff, to enter the mosque.

The escalation comes amid Jewish calls for fans to participate in the “Destruction of the Temple” rituals, lasting from Sunday to Tuesday, inside al-Aqsa Mosque, which is why police attempted to deny entry for as many Palestinians as possible.