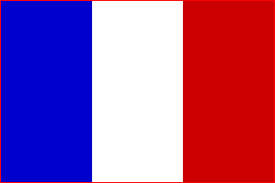 JERUSALEM, October 7, 2014 (WAFA) – Presidential spokesperson Nabil Abu Rudainah on Monday praised remarks by the French Foreign Ministry in which it considered moving ahead with the two-state solution an urgent necessity in the way forward.

Abu Rudainah said the statement is in the right path and helps boost the future of the peace process in Palestine and the whole region.

Earlier on Monday, spokesman for the French Ministry of Foreign Affairs, Romain Nadal, said there was an ‘urgent’ necessity to move ahead with the two-state solution, “which requires mutual recognition and the will of both Israel and the people of Palestine to co-exist peacefully.”

Nadal indicated that Paris may ‘at some point’ recognize the Palestinian state, French media reported Monday.

“This is the solution that the international community supports. This will mean that we will have to, at some point, recognize the Palestinian state,” the spokesman said as cited by several French and international media.

Further remarking on Nadal’s statement, Abu Rudainah called upon “the countries across the globe to adopt such brave stands,” expressing actual surprise over “countries that are still moving in contrary to the logic of history and a successful lasting peace process targeting to restore stability and security in this volatile region.”