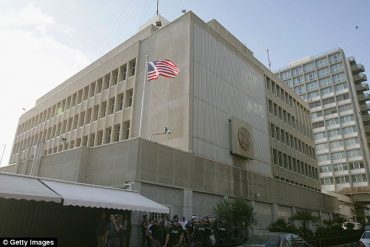 RAMALLAH, January 8, 2017 (WAFA) – Hanna Issa, member of Fatah revolutionary council Sunday said moving the US embassy from Tel Aviv to Jerusalem will ignite a religious war in the region.

In an interview with Mawtni radio station, Issa said Palestinians can’t predict the reaction to moving the US embassy to Jerusalem.

”Since 1974, US foreign policy decreed East Jerusalem as an occupied territory that must not undergo any change by the [Israeli] occupation.”

This comes after US President-elect Donald Trump repeatedly stated his intention to move the embassy from Tel Aviv to Jerusalem, the focus of Palestinian-Israeli tension and the eternal capital for both sides.

The move is expected to inflame the situation as Palestinians insist that East Jerusalem would have to be the capital of a sovereign State of Palestine if any two-state solution is reached, while Jerusalem already serves as the government seat and Israel’s declared “undivided capital”.

The US embassy has been located in Tel Aviv since the 1960s and to move it to Jerusalem would contradict a steady US policy regarding the final status of Jerusalem; which should be determined in peace talks.

Issa, along with many top Palestinian politicians, condemned Trump’s statement saying the move will have unexpected outcome and impact on the situation.

Outgoing Secretary of State John Kerry told media “You’d have an explosion– an absolute explosion in the region, not just in the West Bank and perhaps even in Israel itself, but throughout the region.”